LAS VEGAS – Sodiq Yusuff has never been more excited to lace up the gloves again.

Since the COVID-19 pandemic hit in March 2020, everything went downhill for streaking prospect Yusuff, who faced a string of bad luck that kept him out of the octagon.

“It was kind of one bad news after the other,” Yusuff told MMA Junkie at Wednesday’s UFC on ABC 2 media session at the UFC Apex. “First the COVID stuff hit, quarantine, gym got locked down. I lost another family member, and then after that, the stuff with my passport for the Edson (Barboza) fight. So it was like one bad news after the next, after the next. Just a streak of bad luck, that’s all. But hey, we’re past it now, and we’re ready to work.”

He continued, “It’s been rough because this is the way I make a living. I’ve gone over a year with zero income. It’s been really rough. I’m just happy I have good people around me, family members and friends that were able to pick me up every time I fell down.”

Yusuff (11-1 MMA, 4-0 UFC) meets fellow rising star Arnold Allen (16-1 MMA, 7-0 UFC) on Saturday’s UFC on ABC 2 card, which airs live on ABC from the UFC Apex. Like Allen, Yusuff has struggled to net a ranked fighter after putting together an impressive winning streak, so ultimately, he understands why they were matched up.

“I figured me and Arnold were gonna fight deeper into our careers,” Yusuff said. “I wasn’t expecting us to fight each other this early, but then when I saw that I was having a hard time getting somebody to fight me and he was having a hard time getting someone to fight him, I was like sooner or later, their hands are going be forced to match us up against each other. So it’s a good challenge, and I’m excited.

“It’s a good name. A win over Arnold would put me straight – I think after this, I might try to call out top six, top seven. … I think it’s time for us to leave the prospect title behind us. After this one, it’s definitely possibly fighting for the title. I see a clear path towards that after this fight.”

To see the full interview with Yusuff, check out the video above. 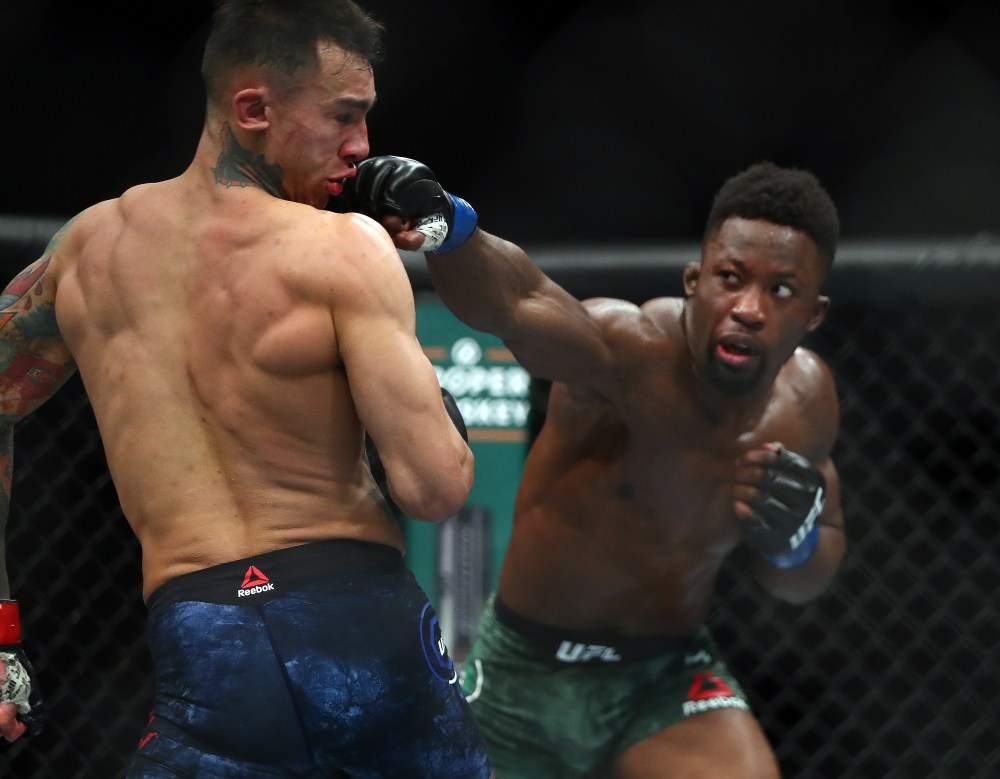 Video: How will a Charles Oliveira vs. Dustin Poirier title fight...

Haaland makes angry exit after Dortmund only draw at Cologne

Harry Kane to Man City a matter of time as Pep...