Eddie Alvarez hadn’t fought since August 2019, and he entered ONE on TNT I rejuvenated and ready to make a run at another title.

Alvarez’s fight with Iuri Lapicus was going well on Wednesday night, too. In the early going, the former Bellator and UFC lightweight champion had secured a dominant top position and began raining punches on Lapicus. The only problem is that, while Alvarez believed his punches landed to the side Lapicus’ head, the referee ruled they were striking the back of his head.

The result was a disqualification at the 1:02 mark of the first round. Not a warning, not a point deduction, the referee was quick to disqualify Alvarez.

We're all as heartbroken as Eddie

It’s absolutely tough to see Alvarez in this emotional state, and we could only imagine the frustration and heartbreak he must’ve been feeling in that moment. To lose more than a year of his career because of the COVID-19 pandemic only to come back and have his first fight end in this fashion? Brutal. It also may not have helped to see Lapicus getting carted off on a stretcher. Being so emotional about the situation was understandable.

In his post-fight interview, Alvarez made it clear that he would like ONE Championship to overturn the result.

“I just need to sit down and talk to ONE, make sure they correct this,” Alvarez said. “It’s not right. What happened was not right.”

The Blue Corner is MMA Junkie’s blog space. We don’t take it overly serious, and neither should you. If you come complaining to us that something you read here is not hard-hitting news, expect to have the previous sentence repeated in ALL CAPS.

Iuri Lapicus def. Eddie Alvarez by DQ at ONE on TNT I: Best photos 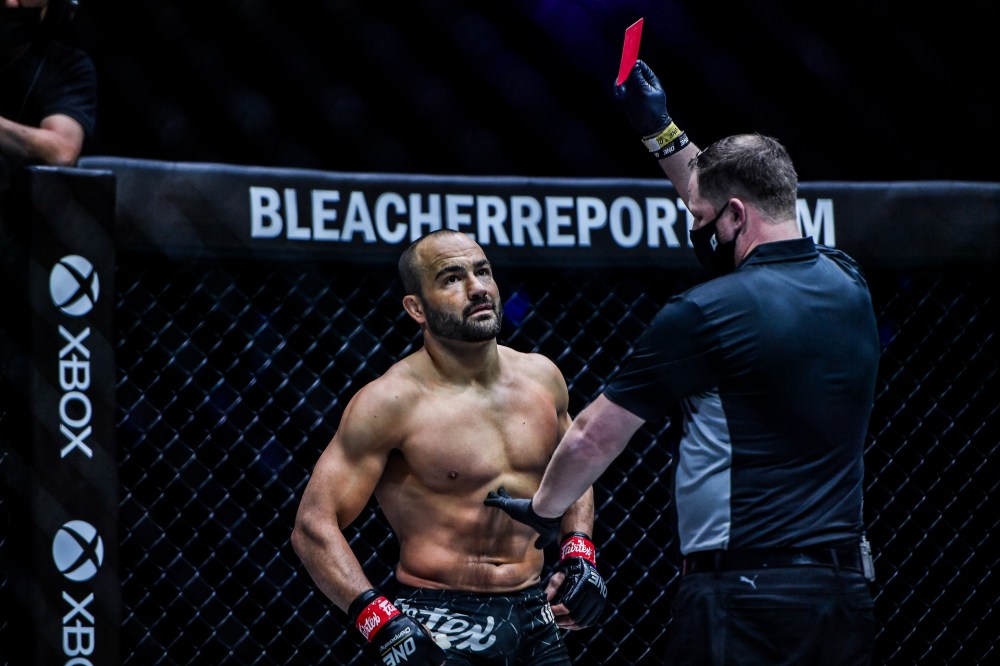 Liverpool team news: Expected 4-3-3 line up vs Southampton as Thiago...

On To the Next One: 2021 predictions extravaganza