DEERFIELD BEACH, Fla. – Bellator heavyweight Linton Vassell thinks his new divisional home and developed mindset would likely lead to a victory should he be granted the chance to rematch champion Ryan Bader.

“At heavyweight, my mindset will be different (than), obviously, the first time fighting him, regardless,” Vassell recently told MMA Junkie. “Not that I know what he’s about, but in a way, I know what sort of game plan that I can (craft and) change a few things – a different approach, you know? Like, why am I trying to grapple a wrestler at the end of the day? Obviously, my mindset was, ‘I’ll beat him on the ground.’ I’m not going to wrestle a wrestler. Wrestling will happen, but I’m not going to go in there and wrestle him straight away.”

Their first meeting was almost four years ago, and a lot has transpired since. Bader has captured the Bellator heavyweight title and lost his light heavyweight strap in devastating fashion. Despite losing one belt, Bader still is on top of his game, according to Vassell.

“When he fought (Vadim) Nemkov compared to when he fought (Lyoto) Machida, (he looked like) two different fighters,” Vassell said. “I heard he took the (Nemkov) fight on short notice before. But he looked a lot more dangerous in the Machida fight.”

Darrion Caldwell back to bantamweight, meets Leandro Higo in rematch at Bellator 259

If not Bader, Vassell hopes for another rematch: one against the last man to defeat him, Fedor Emelianenko training partner and protege Valentin Moldavsky.

Regardless of whether or not he gets Bader or Moldavsky (10-1 MMA, 5-0 BMMA), Vassell just wants to fight – and do so as soon as possible. Heavyweight is his new home, and he loves how it feels. So far, he’s 2-1 since moving up from light heavyweight and has finished back-to-back fights against Sergei Kharitonov and Ronny Markes. 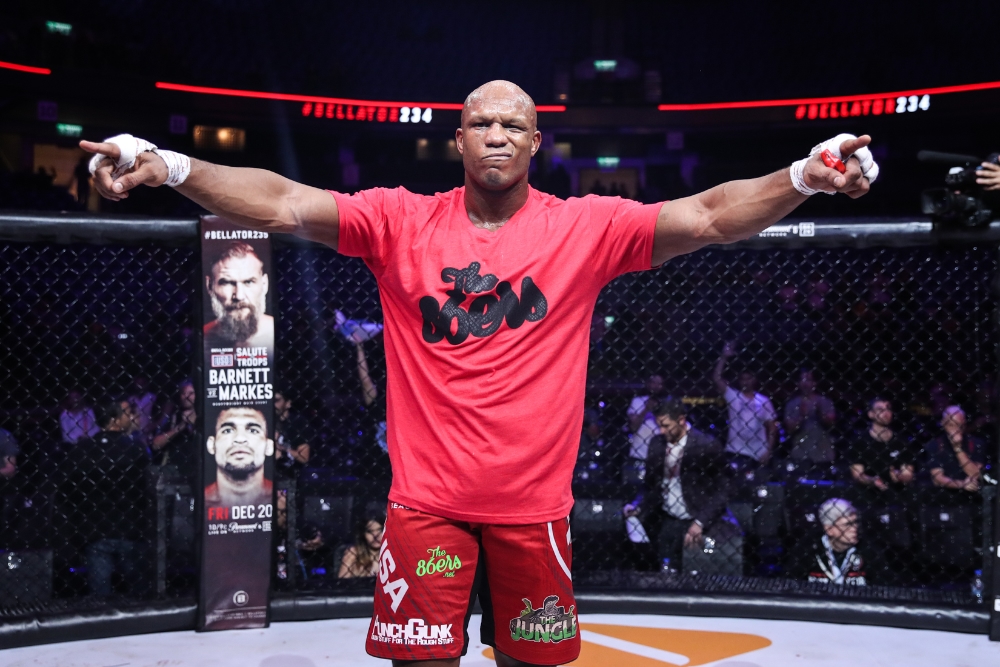 IPL 2021: Netizens lash out at MI all-rounder Kieron Pollard for...

Opinion: Wimbledon injury is the ultimate heartbreak for Serena Williams

Heavyweight matchups change ahead of PFL 6 with Fabricio Werdum, Mohammed...